To use square root calculator, enter the number and click calculate.

What is square root?

The square root of a number A finds a number B that on multiplying by itself again gives the number A. In mathematical form:

There are other ways to define square root as well. It can be defined in fraction and exponent form as:

If a number is the area of a square then its square root will give the measurement of its one side. Similarly, the backward calculation gives the area of the square.

How to find the square root?

Usually, scientific calculators come with the square root operation button. But if you don't have access to a calculator, you can always use the online square root simplifier.

In the first method, subtract the odd numbers in sequence from the value until 0 remains. The number of times subtraction is done will be the square root. It is only applicable to perfect squares.

To solve 25 using this method, firstly, subtract 1 from it.

The total number of subtractions done is 5 and this is the square root.

The second method is the long division. It is a little different from the usual division. Start by dividing with the largest possible digit. For the next step, add that radical coefficient to itself and place the quotient value next to it.

If the radical coefficient consists of two digits, then add the digit at the smaller place value.

Divide using this new number and repeat until you get zero or no more division is possible. 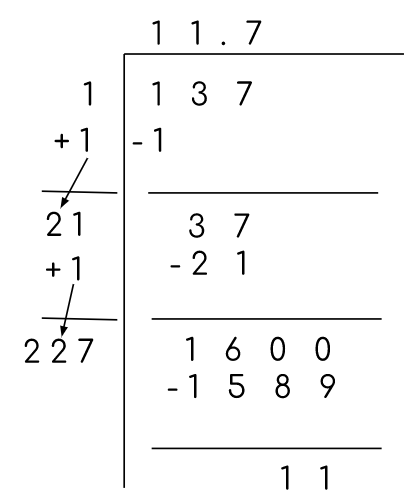 The third method is called the trial and error method. It is used in many mathematical calculations but is often skipped as it takes a lot of time. Also, you have to learn the perfect squares to use this.

Basically, you have to guess the value. You see what two perfect square roots it lies between. Like 10 is between 9 and 16. So its square root must be somewhere between 3 and 4.

The fourth and last method is called prime factorization because the factors of the number are calculated to get its square root. It is also used for perfect squares only.

The factors are selected in pairs and solved.