Quadratic formula calculator solves the second-order polynomial equation. It finds the imaginary or real values of the unknown variable.

The steps are explained for user comprehension. You can use it multiple times without any charge or registration.

What is the Quadratic formula?

The quadratic formula is one of the three main methods to solve a polynomial equation with an order 2. The formula is easy to memorize and use.

A second-degree polynomial is ax2 + bx + c. The arrangement is descending in terms of exponents.

And c is the constant of the polynomial equation. The √(b2- 4ac) part of the formula is called the Determinant. It determines the nature of the roots. The information obtained from its values is:

When the determinant is equal to zero, you get only one root. This means that the second root is also equal to this one.

How to solve the Quadratic equation?

The process of solving includes the following 5 steps.

To apply the quadratic formula correctly, you need to convert the polynomial expression to the standard quadratic form. You can use the vertex form to quadratic form converter for this step.

The standard form, as said before, has the descending degree syntax i.e ax2 + bx + c.

Make the quadratic expression an equation by taking it equal to zero. For example ax2 + bx + c = 0.

Now, you have to identify the values of the coefficients of x2, x, and the constant value. E.g a, b, and c.

For the fourth step, you enter the identified values in the quadratic formula.

Finally, simplify the formula for the roots. If you find the determinant separately first, it can give you an idea of the nature of the roots in advance and hence verify your answer.

These are the steps you need to carry out. For even more understanding, see the example below.

Solve for the values of x.

Step 1: Arrange the expression in the standard form.

Step 4: Plug the values in the formula. 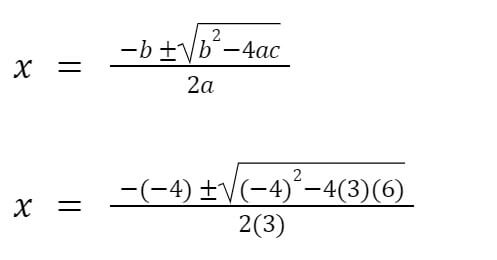 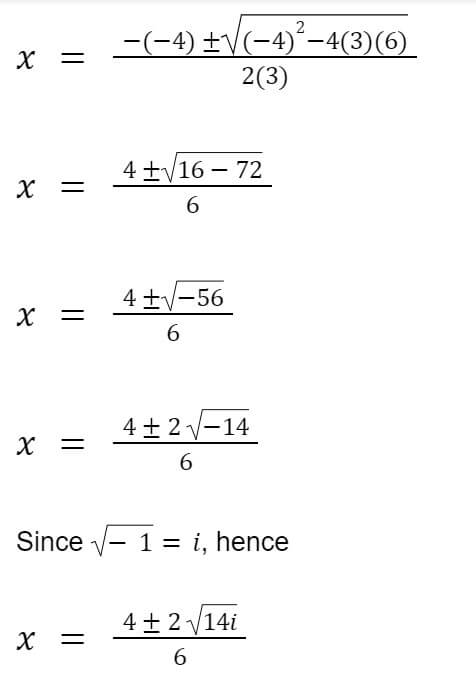 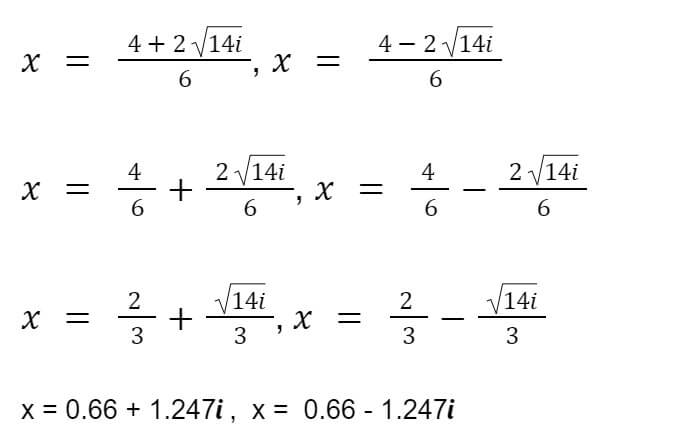